This study investigated the occurrence of aflatoxin B1, B2, G1 and G2 and ochratoxin A in chocolate marketed in Brazil. A hundred and twenty-five samples of powdered, bitter, dark, milk and white chocolate were evaluated for mycotoxins. Ochratoxin A was the most common mycotoxin in the evaluated samples, contaminating 98% of the purchased chocolate. A co-occurrence of aflatoxins was observed in 80% of all samples evaluated. The bitter, dark and powdered chocolate samples had the largest presence of aflatoxins. On average, the highest levels of ochratoxin A were found in powdered, dark and bitter chocolate, respectively: 0.39; 0.34 and 0.31 mg/kg. Bitter, powdered and dark chocolate had the highest aflatoxin content; an average of 0.66, 0.53 and 0.43 mg/kg, respectively. This is the first report of co-occurrence of ochratoxin A and aflatoxins in chocolate. The consumption of chocolate with high levels of cocoa in the formulation has been stimulated due to health benefits attributed to some cocoa components but on the other hand, these high cocoa content products tend to have the highest amount of aflatoxins and ochratoxin A. To guarantee a safe consumption of chocolate, there should be a continuous monitoring of both ochratoxin and aflatoxin and more studies attempting to understand the dynamics involving mycotoxin-producing fungi and mycotoxin production in cocoa need to be carried out with the aim of preventing mycotoxin accumulation in this commodity. 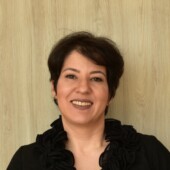